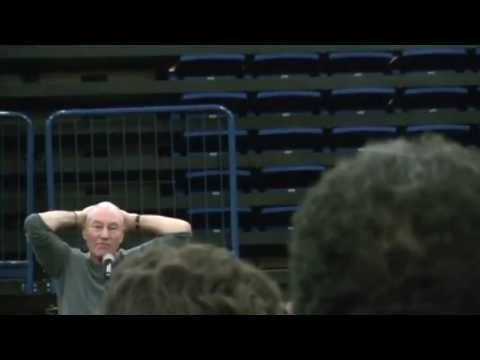 Avyn is growing, like babies do! She is a lot of fun. She started smiling at 6 weeks, cooing at 7 weeks, and now does tons of talking throughout the day. You can have a whole conversation with her because she loves to hear people talk and see faces, and she responds with lots of animation. She always had her hand up by her face in ultrasounds, so it’s no surprise that she has found her thumb and uses it often. She doesn’t suck it, but she does move it around her mouth. She grabs toys and tries to get them in her mouth with varying degrees of success. This week she found her tongue and it’s pretty funny because she sticks it out and it reaches down almost past her chin. Sometimes she can’t decide if she wants to stick her tongue out, or put her thumb in, or talk, which is hilarious because she tries to do it all at once.

She loves taking a bath. When I start running the water she gets happy.

She and Sean like each other, in their own way. She smiles and lights up when she hears him or sees him, and he gives her hugs and kisses, sometimes forces help on her that she doesn’t need (like stickers), and tries to lay down in her bed, as if to say “Baby does this and I want to see what’s so great about it”. He calls her Baby. She has an awesome smile! We love it. She smiles at people anywhere she goes. Sean turned two on Saturday! We took him to the National Train Day event in downtown Fort Worth, which he loved because he loves trains. He did not actually want to go inside the train cars that were on display, but he enjoyed looking at them, and looking at the diesel engines, and the model trains. We walked over to Uno’s afterward for pizza, which he also loves.

Ryan picked out a Transformer for him, and he wasn’t quite sure what to do with it at first and was a little afraid of it in robot form. After a couple of days, though, he’s figured it out.

We also got him a balance bike. Last year he got a Radio Flyer ride-on, and this year was ready for something new because his legs are so long. He hopped right on to the bike and didn’t even fuss about wearing his helmet and pads. His feet just barely touch the ground in shoes, so hopefully the bike will last him a while, especially since it’s in the lowest setting right now. He loves bicycles so having one of his own is pretty cool.

We have so much fun with him. He talks non-stop, with lots of fun words, short sentences, and animal sounds, and is a good helper around the house. He’s grown up a lot since Avyn was born and is a good big brother. He does an Avyn impression that really cracks us up.